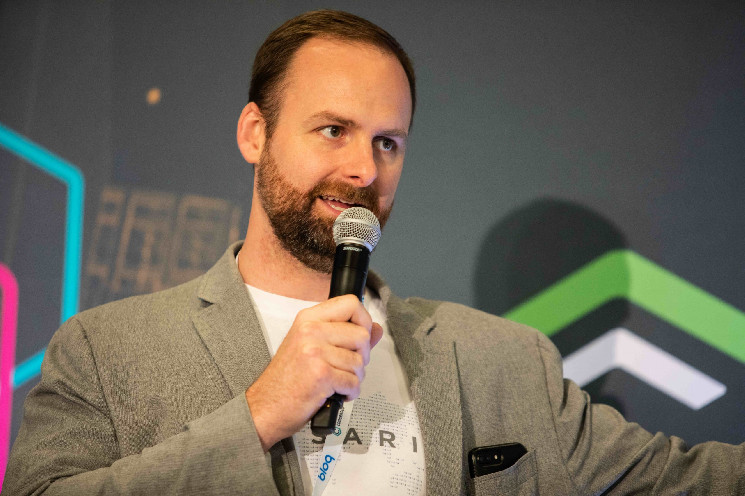 Is Ryan Selkis ready to take the crypto agenda to Washington?

“The tweet does speak for itself,” the Messari founder told CoinDesk TV a day after floating the idea of a Senate run on Twitter. “The tone is aggressive and assertive, but I think it underpins the sentiment that most of the industry feel right now even if they don’t say it out loud.”

The subpoena in question was rumored to have been served at Messari’s Mainnet conference in New York to Do Kwon, the founder of a Cosmos-based system for algorithmic stablecoins and synthetic stocks. (The Defiant reported Monday that Kwon said he had not been served by U.S. regulators; neither he nor his lawyer have returned CoinDesk’s inquiries.)

“This is not acceptable behavior … to indiscriminately crack down an entire industry, blow off invitations to attend a leading U.S. industry conference this year in this space and ultimately make a good-faith effort to engage and try to educate themselves on what’s actually going on,” Selkis said about the alleged subpoena.

It’s not just the events that happened at this year’s Mainnet conference that make Selkis frustrated with regulators.

“The reality is that the regulatory state in the U.S. has a hammer and everything in crypto looks like a nail right now,” he said.

Clarity on tax reporting requirements and better regulation of the centralized exchanges that are already regulated would be a good start, according to Selkis.

“Those are three areas of low-hanging fruit that I think would go a long way,” he said.

Tesla Informs SEC It May Restart Transacting in Cryptocurrencies

Tesla Informs SEC It May Restart Transacting in Cryptocurrencies

In S Korea’s New ‘Stable’ Crypto Sector, There’s Now One Exchange to Rule them All